For a number of years, a “report” or “survey’ has been floating around the internet, purportedly written by a David K. Schafer, Curatorial Assistant for Archaeology at Harvard's Peabody Museum of Archaeology and Ethnology, in which Mr. Schafer questions the validity of the so-called Westford Knight carving in Westford, Massachusetts.  I wanted to take a few minutes to respond to this report since, like many things on the internet, it seems to have taken on a life of its own.  A link to a summary of the report can be found here: http://www.ramtops.co.uk/westford.html.


First, although the summary of Mr. Schafer’s report has been cited dozens of times, I can find no evidence the actual report exists.  If there is such a report, it has never been published or even posted on the internet.  Although the summary, which first appeared in 1998, states that the report “will be published in the Massachusetts Archaeological Society Bulletin as well as some regional publications,” 16 years have now passed; I think it safe to conclude that this was an erroneous statement.  In addition, the summary states that this was a “preliminary” report—presumably more research was needed before the report could be finalized.  (In fact, nowhere in the summary does it confirm that Mr. Schafer even visited the site—he may have been working from photographs.)  Finally, based on private correspondence I have seen, Mr. Schafer acknowledged in 2004 that his report was written in a “tongue in cheek” manner and was never intended to be made public.  In short, what has been circulating on the internet is a summary of an unpublished “preliminary” report posted by a third-party who claims to be an acquaintance of Mr. Schafer, a report that Mr. Schafer apparently later distanced himself from.


Second, many critics of the authenticity of the carving rely on Mr. Schafer’s statement that “the flat bedrock [upon which the Knight is carved] would have been buried under 1-3 feet of soil” during the 14th century because the bedrock is located in what would have then been a hardwood forest.  What Mr. Schafer failed to note is that the bedrock in question abuts an ancient Native American trail running up Prospect Hill in Westford and cutting through any such forest—it is entirely possible that frequent use of this trail would have exposed the bedrock and prevented the soil buildup described by Mr. Schafer.  Mr. Schafer was apparently unaware of this trail, which changes the area topography and presumably would have changed his analysis.


Third, Mr. Schafer concluded with “the simple fact that the town historian has evidence that the ‘T’ was made by two local boys in the late-19th [sic] century.”  This conclusion may be ‘simple’ but it is hardly a ‘fact.’  It is apparently true that two local boys added to the carving in the late 1800s by inscribing a “peace pipe” to the area near what many believe to be the face of the Knight.  But this “peace pipe” was carved into the bedrock rather than pecked into the bedrock as was the case with the rest of the carving.  More to the point, Mr. Schafer failed to acknowledge (probably because he was unaware) that the carving was written about in the town history as a mystery of unknown origin in 1873—at a time when the oldest of the local boys in question was only a toddler.  See Elias Nason, Gazetteer of the State of Massachusetts (B.B. Russell, 1874), at page 542.  The dates simply don’t work for Mr. Schafer’s conclusion.  In fact, the 1873 reference and a later 1883 reference describe the carving as a mysterious historical oddity even then, and postulate the images were carved in the past "by some Indian artist."  Ibid.  Since the Native Americans were all forcibly removed from Westford and surrounding areas in the late 1670s, any such Native American work would presumably have to predate that decade.


Fourth, Mr. Schafer acknowledges that the sword area of the carving (what he calls a “T”) is manmade using some kind of punching or pecking technique.  He does not, as some opponents of the carving’s validity assert, claim that the entire carving is comprised only of natural striations in the bedrock.


In conclusion, it is time that scholars, researchers and members of the media stop relying on Mr. Schafer’s so-called report.  The report is flawed, factually inaccurate, incomplete and not intended for publication; it has no place in the ongoing and important debate regarding the validity of this historic artifact.  Much has been written about the Westford Knight—those who continue to rely on Mr. Schafer’s report rather than seek out more legitimate sources are being either intellectually lazy or intentionally biased.


In place of Mr. Schafer’s report, I offer an analysis of the Westford Knight carving compiled by Joseph A. Sinnott, the former Massachusetts State Geologist for twenty-two years who also served as the Director of the Massachusetts Underwater Archeology Board:


“After a lengthy and detailed study of the rock outcropping in the field it is my considered opinion that a pecked and etched image of an historical event has been employed on the bedrock.  I can discern the outline of a sword, a sailing vessel, etc.  Natural or glacial markings such as striations, grooves, polishing and weathering are all apparent on the rock but do not diminish the stature of the image placed there at a much later date.”  [Letter dated October 14, 1999, addressed to Massachusetts Historical Committee.]


As Mr. Sinnott states, the carving on the bedrock displays a historical event.  It is up to modern researchers and scholars to determine exactly what that event was.  To do so requires the use of legitimate source material.

“The American Templars,” a full-length "indie film" based on my Cabal of the Westford Knight novel, has been released and is available for purchase on Amazon, here:
http://www.amazon.com/The-American-Templars-Kevin-Cirone/dp/B00IZ03YO6/ref=pd_sim_b_4?ie=UTF8&refRID=14TG51HXP761EXN163S0 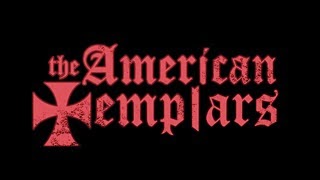 In the next few weeks Amazon will also offer rental and download options.  The film has been modified and enhanced based on feedback from the October screening.  Viewers should not expect a Hollywood-quality production, but this is a fun, action-packed movie and a great way to spend two hours.  Some violence and adult language.
Posted by David Brody at 6:18 PM No comments: