I watched the premier episode of H2's "America Unearthed," starring Scott Wolter, last weekend. I had been involved in the early planning for this series and was hopeful it would help open the public's eyes to the possibility of exploration of America before Columbus.

I was, therefore, disappointed in this review, which criticizes the show, its research,the pacing and Wolter personally:

At first glance, it is the same "head in the sand" response we often see from the archeological community. But as I read through the review more carefully, I realized that many of the criticisms of the show are valid. The review (albeit with an unnecessarily snarly tone) accurately points out that the show falls far short of its claim to "rewrite the history books" by proving that the remnants of the ancient Mayan culture migrated to Georgia. At best, the show proved some kind of trade (direct or indirect) between Mayans in the Yucatan and Native Americans in the American southeast. Did anyone ever doubt this? And even this conclusion is tenuous, as much of the evidence used to support it is not shown to the audience (we fly over the Georgia stone structures but never actually examine them; we are told of a deformed Creek skull but are never shown it; we are shown a drawing of a Feathered Dancer icon but never see the actual artifact itself; we are told a sample of Mayan blue dye is tested but don't witness the sample actually being taken; etc.) If the producers didn't have access to the actual artifacts and sites, why not move on to another, more compelling episode?

I am fairly confident that future episodes will be more compelling, but this initial episode was disappointing.
Posted by David Brody at 2:35 PM 4 comments:

I spent a lot of time over the past 18 months traveling around the country with geologist Scott Wolter scouting out sites and looking at artifacts for a new TV series entitled "America Unearthed." The show premiers Friday at 10:00 on H2 (Hi...story 2) and is hosted by Scott. It explores the hidden history of America. As long as they stay away from the speculative, silly stuff (Cross of Lorraine on an Oreo cookie?) it should be a good show. Here's a link to some trailers: 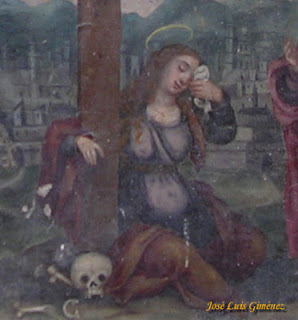 This 14th-century painting hangs in the Cistercian Royal Monastery of the Holy Cross, in the province of Tarragona, Spain. Mary Magdalene (at foot of cross) is depicted as pregnant, with belly and navel protruding. The Cistercians, of course, were the sister order to the Knights Templar. (Thanks to researcher Steve Dimarzo for forwarding this to me.) 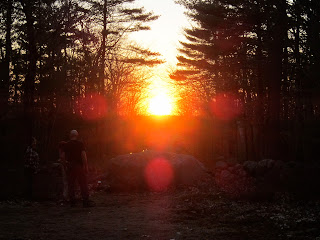 I traveled to America's Stonehenge to view the equinox sunset alignment on March 20. The sunset was even more stunning than I expected! The site is truly amazing, with both solstices and both equinoxes plus many other "important" dates marked by precise lithic alignments. Check out this shot, with the sunspots making a "Delta of Enoch" design around the setting sun as it nests itself onto a giant boulder.
Posted by David Brody at 11:27 AM No comments: 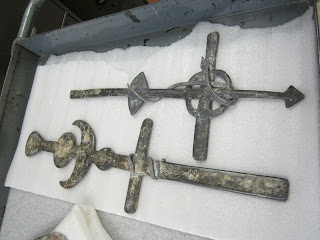 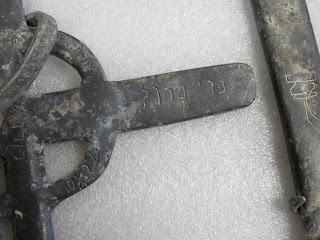 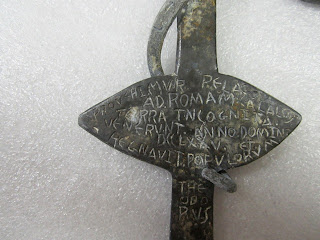 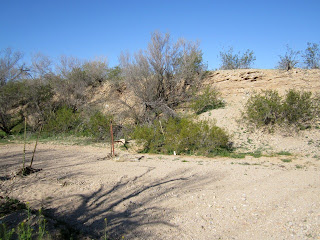 My New Book--Thief on the Cross

My new book is now live on Kindle. Title is, "Thief on the Cross: Templar Secrets in America."

******************************
Why would a collector of ancient American artifacts hand over his prized pieces to a historian and then shoot himself in the head? And why does an ancient Templar scroll in his possession refer to Jesus Christ as “The Thief on the Cross?”

The answer places historian Cameron Thorne at the dangerous intersection of secret American history and modern geopolitical intrigue. Following clues contained in both ancient American artifacts and medieval European masterpieces, Cameron and his fiancée Amanda Spencer race to uncover the true secrets of early Christianity before a splinter group of Mormon zealots silence them forever.

Just as they did in "Cabal of the Westford Knight: Templars at the Newport Tower," Cameron and Amanda discover, examine and interpret ancient artifacts and legends scattered throughout North America that reveal a history of European exploration long before Columbus. But how do the Burrows Cave stone carvings, the Bat Creek Stone, the Prince Madoc legend, the Book of Mormon and the Mandan tribe of “White Indians” relate to the medieval Templars? Only when they learn about the head of Baphomet and examine Leonard da Vinci’s Mona Lisa and Virgin on the Rocks do the pieces finally begin to fit together.

(Warning: The title and subject matter are a bit controversial, and may be offensive to readers with strong Christian beliefs.)

This is a “soft” release for friends and family, priced at $2.99 for the first few weeks. My hope is that early readers will notify me of any typos and also post reviews if they like the book. The physical book will be available in a few weeks.
Posted by David Brody at 2:00 PM 8 comments: