Disney and The Goddess

Instead of posting about a new artifact, I wanted to share some research I've been doing regarding the ancient secret societies and their belief in the need for duality (a balance of male and female) in the godhead.
I believe that many Freemasons and other members of secret societies aren't aware that their organizations are carrying forward the ancient secrets regarding Goddess worship and the belief in the need for duality in the godhead. But Walt Disney was a high level Mason who knew all about this stuff and imbedded these themes in his stories. If you look at the Disney films like "Snow White" and "Sleeping Beauty," the storyline is always about a prince who can not effectively rule his kingdom until he finds his princess (who I believe  represents Mary Magdalene). Blocking this quest is the evil stepmother—the usurping “mother” who really is not a mother at all (representing the “,” claiming to be the bride of God). The kingdom is dysfunctional until finally the evil stepmother is overthrown and the princess takes her rightful place aside the prince/king, thus creating balance and happiness in the land.


Flash forward a few decades to some of the more modern Disney films, and this theme continues and is expanded upon. In Zodiacal terms, the Age of Pisces (which began with Jesus and followed the age of Aries) is now ending and the Age of Aquarius is dawning:


When the moon is in the Seventh House
And Jupiter aligns with Mars
Then peace will guide the planets
And love will steer the stars
This is the dawning of the Age of Aquarius
(The Fifth Dimension, from “Hair”)

So Disney in 1989 releases “The Little Mermaid.” Again, the prince Eric can’t effectively rule his kingdom until he finds his princess, Ariel. The twist, of course, is that Ariel lives under the sea (again, with no mother). Eric needs to turn to the water, or Aquarius, to find this goddess and usher in a time of happiness.  (For those who think this movie is anti-feminist, note that the worst thing that happens to Ariel in the movie is that she "gives up her voice" in a deal with the evil Ursula.)


If you think this is a stretch, take a look at the film at the point where Ariel is singing “Part of Your World.” During the song she is looking thru her treasure chest. In addition to jewels and heirlooms, she pulls out a portrait of Mary Magdalene. See image below. A random coincidence? 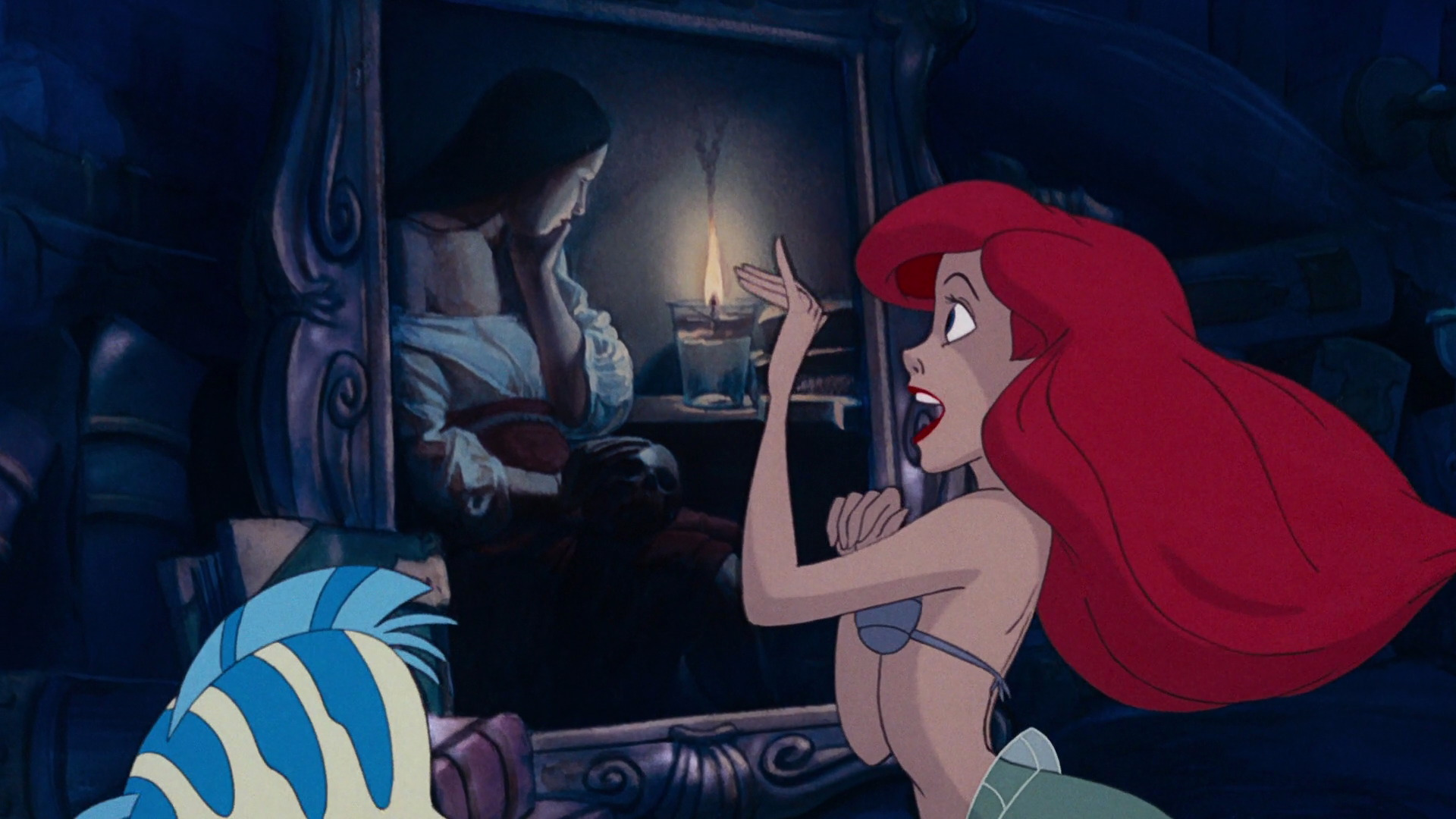 "Magdalene with the Smoking Flame" by Georges de la Tour